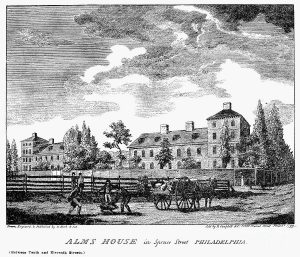 WHY A CONVERSATION BETWEEN SYSTEMIC RACISM AND PERSON-CENTERED CARE?
The nursing home industry has never meaningfully addressed the history or reality of systemic and racial inequality in long term care (Sloane et al. 2021, Barton-Smith, et al., 2007). As many scholars have discussed, the nursing home industry is extremely segregated based on race (Shippee et al., 2015; Chisholm, 2010; Yearby, 2010; Smith, 1990; Smith et al., 2007; Smith et al., 2008; Fennell, Miller, & Mor, 2000). Today, “African Americans disproportionately reside in substandard nursing homes compared to Caucasians. Race remains the greatest predictor of the provision of poor-quality nursing home care” (Yearby, 2010, p.1179). This segregation has roots that go back to the very origins of the care of older adults in the United States. Those of us interested in person-centered long-term care and culture change hold a responsibility to learn from and reckon with the of racial segregation and discrimination in communities providing care for older adults. In this blog post, we will explore an introduction to the history of systemic racism in long-term care in the United States.

SYSTEMIC RACISM IN LONG-TERM CARE IN THE UNITED STATES: A Brief History

Early history
The origins of modern nursing homes lie in almshouses, charity institutions established soon after the arrival of English settlers to the North American continent. Almshouses, which predate hospitals, sought to serve multiple populations: the chronically sick, those living with disabilities, those considered to have mental illness, orphaned children, and older adults without family support (Info for Seniors, 2017). It is important, however, to note who was excluded: Almshouses existed in a wider cultural landscape of Manifest Destiny, the genocide of Indigenous Nations, and the construction of chattel slavery. Almshouses were built for and by white immigrants, designed based on earlier European models. Accompanying those models were ideas of “worthy/deserving” versus “unworthy/undeserving” poor (Segal, 2016, pp. 16-17). Not all in need were equally welcomed.

Board and Care Homes and “Certificates of Good Character”
Even for those considered worthy of Almshouse care, the conditions were largely brutal (Michaels, 2020, p. 3). Thus, by the end of the 19th century, Board and Care Homes were formed by religious groups and concerned citizens seeking to provide elder care in response to the dismal conditions of Almshouses. However, these charities operated only to serve older adults of the organizers’ own religious or ethnic background. The services were for those they saw as, “bone of our bone, and flesh of our flesh” (Haber and Gratton, 1994, p. 130). Aged Homes were additionally selective in who they invited, based on their own standards of worthiness. These standards often included “certificates of good character” and a high entrance fee (Foundation Aiding the Elderly, p. 1). Those considered unworthy– primarily the very poor– continued to reside in the almshouses. As other service organizations started providing more specialized care for the ill, orphaned children, and those considered mentally ill, the vast majority of Almshouse residents (over 70%) by the early twentieth century were poor older adults (Info for Seniors, 2017).

Social Security: Serving Only Some
In response to many co-occurring factors — including the growing population of older adults, the desperate conditions of Almshouses, and the clear demand for government support for elder care– the 1935 Social Security Act was passed (Segal, 2016, p. 272). Social Security banned the operation of Almshouses, creating a void that would be filled by the creation of the nursing home industry (Michaels, 2020, p. 6).

Non-white individuals had been systematically excluded from both Homes for the Aged and Almshouses. Once again, the newly-born private nursing home industry perpetuated this discrimination. In addition, the Act itself excluded 65% of working African Americans from accessing social security benefits (Dewitt, 2010, pp. 49-68), furthering the conditions of limited access to nursing home care.

20th Century Legislation
The 1946 passage of the Hill-Burton Act resulted in federal funding for the building of racially segregated hospitals (Chistholm, 2010, pp. 23-24). In 1954, Hill-Burton funding expanded to include construction and renovation of nursing homes, which were racially segregated under Jim Crow laws in the south, and nearly as segregated in the North due to discrimination in admission. While the “separate but equal” clause of Hill-Burton was eventually overturned, its impacts still echoed. Even with the passage of the 1964 Civil Rights Act, all nursing home facilities were required to do to remain compliant was to put out a written sign claiming they did not discriminate (Barton-Smith et al., 2007, p. 1449).

Medicare and Medicaid, passed in 1965, required hospitals to racially integrate at risk of losing funding. For nursing homes, however, reimbursement had less impact, because many were largely private pay, and populated by white residents resistant to integration (Chisholm, 2010, pp. 27-28). With no systemic analysis of institutional racism required of them, the nursing home industry has been able to continue to perpetuate racism within their structures (Barton-Smith et al., 2007, p. 1449).

Ongoing inequity
Throughout the 80s and 90s, substantial evidence (including evidence submitted directly from nursing homes themselves) shows that African Americans were denied access to nursing homes based on race (Yearby, 2010, p. 1182). The nursing home industry is also tiered, with high-quality, high-tier nursing homes primarily populated by white individuals, and lower-tier (primarily Medicaid-funded) nursing homes disproportionately populated by people of color (Mor et al., 2004). Older adults of Color are also more likely to have more complex health needs, based on a lifetime of accumulated discrimination (Espinoza & Accius, 2021), while simultaneously being relegated to a small number of low-quality nursing home facilities (Yearby, 2010, p. 1187). In 2003, the report Unequal Treatment: Confronting Racial and Ethnic Disparities of Health Care from the Institute of Medicine summarized the existing evidence of significant racial disparities across healthcare, including in long term care. It acknowledged how the evidence generated regarding healthcare disparities is reflected in greater cultural patterns within our racialized society, with these disparities reflected, and mutually reinforced, in housing, work, and school (Institute of Medicine, 2003, p. 6).

THE BEGINNINGS OF CULTURE CHANGE

Critique of the Medical Model
One of the impacts from the legislation from the 1940s-1960s was the codification of nursing homes under the auspices of a medical, institutional model, one that consistently dehumanized and devalued even those residents with racial and class privileges. Through the 1980s, the National Citizens’ Coalition for Nursing Home Reform advocated for resident rights. The Nursing Home Reform Act (which became a part of the Omnibus Budget Reconciliation Act of 1987) acknowledged the harms of the institutional, medical model of care on the well-being of residents, and called for the centering of the individual resident, years before the language of “person-centered care” become common (Michaels, 2020, p. 7-8).

A Movement Begins
Based in decades of previous activism, advocacy, and scholarship, especially the work of Carl Rodgers (1967), the term culture change was coined in 1997 by the Pioneer Network, to describe a call for fundamental transformation of the nursing home industry, focused on centering the residents’ needs and wishes, and creating a more homelike environment. Early models include the Eden Alternative (1994) and the Wellspring Model (1997) (Rahman & Schnelle, 2008). Culture change, and the related concept of person-centered care, have continued to build traction throughout the 21st century. They were given even more prominence by the Institute of Medicine’s publication (2001) , Crossing the Quality Chasm: A New Health System for the 21st Century, which identifies patient-centered care as one of six key domains for healthcare improvement.

Looking Ahead
Recent studies, including those on the devastatingly unequal impacts of the Covid-19 pandemic, continue to confirm the reality of disparities based on race (Gorges, 2021; Yearby, 2021; Rivera-Hernandez et al., 2019; Hefele et al., 2017; Shippee, Henning-Smith, Kane, & Lewis, 2015). Meanwhile, the number of non-white older adults needing nursing home care continues to grow exponentially. According to projection from the AARP, “From 2015 to 2060, the number of black older adults in the U.S. will nearly triple and the number of Hispanic older adults will more than quintuple while the number of whites will less than double.” (Fox-Grage, 2016). The future is multicultural and multiracial. Current models of long-term care, based in a cultural legacy of discrimination and inequity, serve only a select few well.

The Mayer-Rothschild Designation of Excellence in Person-Centered Long-term Care Project: Our Task
As Barton-Smith, et al. (2007) articulate, the realities of systemic and racial inequality have not been adequately addressed in long term care. Racial segregation persists in part because of the class-tiering of nursing homes (Medicaid vs. primarily private pay) and almost half — 48% — of nursing home residents would need to move in order to achieve racial integration (Chistolm, 2010, p. 14, 29). As we, at The Mayer-Rothschild Foundation Designation of Excellence in Person-Centered Care Project, embark on our journey to develop a tool kit that is genuinely person-centered, we must acknowledge, and reckon with, the deep, historic systemic barriers to equality. A Designation of Excellence in Person-Centered Care tool must genuinely address these structural inequities, or it will reinforce and perpetuate the existing chasm that exists both in long-term care, and across many spheres of the American experience.

Espinoza, R. and Accius, J. (2021).The Case for Racial Equity in Aging Has Never Been Stronger. American Society on Aging. https://generations.asaging.org/racial-equity-older-adults-direct-care-workers

Do you study, support, or contribute to long-term care or assisted living for older adults? Join the effort to set a new standard of excellence today.